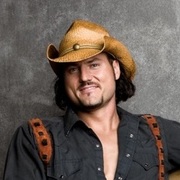 Join us this week as we welcome country rock music singer songwriter, Chris Higbee. Hailing from Dawson, PA., Chris grew up a farm boy with a musical curiosity and a diligent mother and father. That curiosity quickly became a passion that drove his dreams. “Fiddles Rock,” the first track on Higbee’s new album, tells that story and was inspired by his late father. It was co-written with Higbee’s producer Tommy Harden and Don Rollins (“It’s Five O'clock Somewhere”). Chris is a complete musical artist skilled in fiddle  playing, singing, song writing, and playing various other instruments. Founder of the band Poverty Neck Hillbillies, Chris is now performing as a solo artist and currently promoting his self titled album “Chris Higbee” with singles such as, “Write to Me,” a song written to his wife who served overseas in Iraq, and was deployed immediately after exchanging wedding vows. We will talk to Chris about his upcoming schedule, get a behind the scenes look at his music, feature his latest songs, and ask him to share his message for the troops. Please be sure to visit Chris Higbee at http://www.chrishigbee.com/ and spread the word. Fans are welcome to call in and speak live with with Chris during the show (718) 766-4193  If you would like to participate in the live chat during the show, you must sign up on the show site first and then log in during the show. More great music for a really great cause! And as always we will give shout outs to our deployed military listeners. This is sure to be a terrific show so be sure to join us, Sunday January 19th, 2014 at 4:00 PM EST! Our message to the troops....WE do what we do, because YOU do what you do.

Sandeepankumar updated their profile
9 hours ago