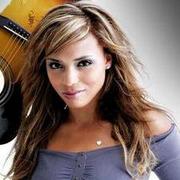 Join us this week as we welcome county music recording artist, Keeira Lyn Ford. Hailing from San Dimas, Ca., Keeira Lyn Ford has all the ingredients of a star ready to be named in our universe. She has a terrific catalog of television and musical successes including appearances on American Idol, CMT’s “Can You Duet”, and most recently competing on the Texaco Country Showdown. She has also teamed with stars such as Garth Brooks and Vince Gill. Vince asked her to sing with him on a recent tour, playing the guitar for her as she sang Patty Loveless’ “Blame it on Your Heart.” They followed that up by singing a duet.
On the acting front, Keeira has been in front of the camera often and since an early age, appearing in commercials and several television shows including “Hangin’ with Mr. Cooper,” “Living Single,” and “My Wife and Kids.” We will talk to Keeira about her upcoming schedule, get a behind the scenes look at her music, feature her latest songs and ask her to share her efforts to support the troops. Please be sure to visit Keeira Lyn Ford at http://www.keeirasworld.com/and spread the word. Fans are welcome to call in and chat live with Keeira during the show. If you would like to participate in the live chat during the show, you must sign up on the show site first and then log in during the show. More great music for a really great cause! And as always we will give shout outs to our deployed military listeners. This is sure to be a terrific show so be sure to join us, Sunday May 20th 2012 at 4:00 PM EST! Our message to the troops....WE do what we do, because YOU do what you do.

linda766 commented on Michael Kay's blog post Nashville Universe Blog
"Thank you for this interesting solution. As for me, I decided that I need to overcome problems with…"
yesterday