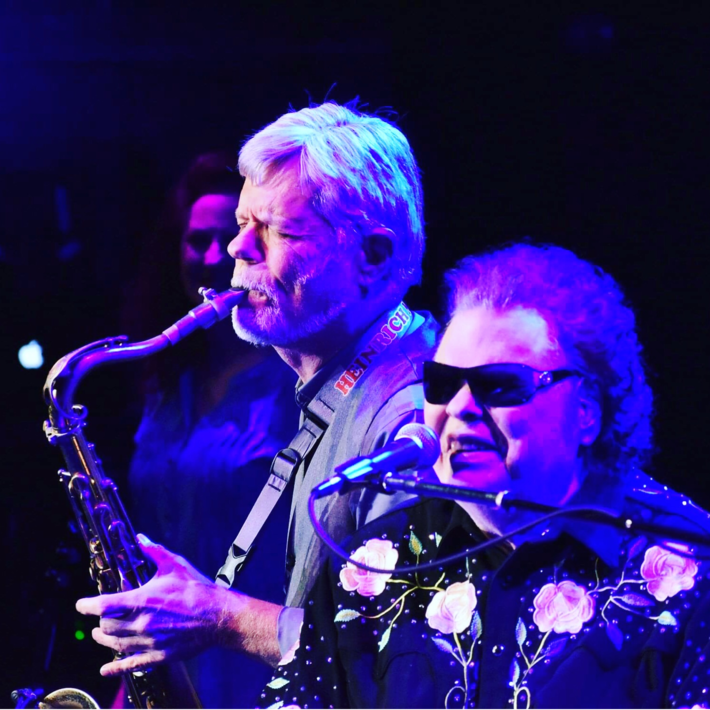 Milsap at the Country Music Hall Of Fame

"Looking forward to performing at the Schermerhorn with the Nashville Symphony on Feb 19, 2022.  If you happen to be there come up and say hi after the performance.   www.johnheinrich.com"
Dec 18, 2021

I'm a professional musician/producer/songwriter and play Pedal Steel Guitar, Dobro & Lap Steel.  Currently working with Ronnie Milsap.  Performed in Hollywood, Florida with Barry Gibb from the Bee Gee's.  Session Leader and co producer for Adam Fisher on his CD recording session which was produced by Stella Parton, project was picked up by Lofton Creek Records.  Performed at Summer NAMM 2009 Nashville showcasing Morrell Lap Steels.  Played Steel on project for Neo-Soul artist from Atlanta GA., Angel Grant.  I had the pleasure to work on TG Sheppard's newest project "19 Nashville Friends."  Played on Nokie Edwards last CD project, Nokie is otherwise known best for being the band leader and lead guitar player for the Ventures( "Walk Don't Run" "Wipeout").  Played on DJ Fontana's new project, BTW, DJ played drums for a guy by the name of Elvis!  Played at the Nashville 2007 CRS show with Kevin Sharp playing steel guitar.  Worked on a project that featured a couple of solos by Steve Lukather, the guitarist with the group "TOTO."  I worked on Steel guitar, Dobro, on a 3 CD project for Tommy Overstreet entitled "Country Gospel Favorites."This project was nominated for a Grammy and is currently available at Walmart.  One of the best sessions I played on was a session for Jack Clement that featured Louis Armstrong as the singer, these were tracks that Jack had cut on Louis before he died.  I've worked with Tyler Dean (Ronnie McDowel's son) on his new project for CURB Records playing Steel Guitar & Dobro.  I worked on T.G. Sheppard's new CD project entitled "Timeless" which features myself playing with Wayne Jackson (Memphis horns).  I have played Steel Guitar on projects that featured such artists as Merle Haggard, George Jones, Glen Campbell and Crystal Gayle.  Played for Hank Williams, Jr., on the "Lone Wolf Tour" (and lived!).

I can do Internet tracks!

NEW!  Can do Videos and EPKs!

It's been awhile. I thank you for the friend request. It's a pleasure to know you. I write and sing Traditional Country music. Playing with Ronnie Mishap is sure to be an honor. Let's keep in touch. Bye for now. Check out my website if you like at www.almasibley.com

Thank you for your friend request John. Nice to follow you here on this site. I also tried to add you to my Facebook page but you have reached the limit of adding friends :-)

Best regards and have a great weekend :-)

Hi John. Thanks for the friend request. I hope all is well.  Tammie

Thank you John for the Friends request.. Nice to see you again..

Thanks for your friendship. I really enjoy listening to Ronnie's music. Listen to Radio Medusa.com if you ever get the chance. I host that show twice a week. <3

Thank you for your friendship here at Nashville Universe! Keep Rockin' John! - Jeff

G'day John.  Always great to meet someone who's passionate about his music.  Goodnoyna mate.

Honored to be performing with the "Man" Ronnie Milsap at the Country Music Hall Of Fame and Museum this Saturday! http://countrymusichalloffame.org/calendar/event/country-music-hall-of-fame-and-muse…

Honored to be performing with the "Man" Ronnie Milsap at the Country Music Hall Of Fame and Museum this Saturday!

sangtawan updated their profile
1 hour ago

luckyvip updated their profile
1 hour ago