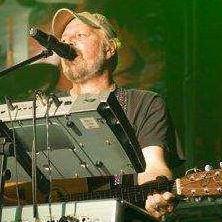 Tell us about yourself:
Many years experience playing originals and covers in new country, classic rock and contemporary folk bands. Excellent equipment, great attitude. Ask about the custom soundscapes and backing tracks I can provide in standard MIDI format or as WAV files.

Alt-country artist Paul Wheeler recreates the fat sound of a full band with just two keyboards and an acoustic guitar. This singer/songwriter from the foothills of the Blue Ridge Mountains sings all the vocals and performs all the music in his live shows; everything that sounds like electric guitars, strings, percussion, drums and bass - isn't. Paul's songs are notable for their intelligent lyrics, catchy melodies and straight-from-the-headlines subject matter: "charity" tells the tale of a drifter's brush with death, "overload" follows a serial killer as he strikes again, "atmosfear" takes aim at pollution and global warming, "deep water" looks at life from a whale's point of view, and "combine in the rain" decries the decline of the small farm and farmer. On the whimsical side, "long-neck beers and long-legged women" celebrates a workin' man's two greatest loves, while "86 proof" is an ode to high-octane bourbon. Strong lead vocals and sweet harmonies add the finishing touches to "Insights and Late Nights," Paul's upcoming self-produced collection of alt-country, American rock and contemporary folk songs. Watch for it in early 2014. Paul plays Korg Krome and Triton synths and a 1977 Martin Sigma acoustic guitar with ProMag pickup. Paul recorded and mixed "Insights and Late Nights" on a Korg D3200 Multitrack Digital Recorder. Special thanks to Janet Sessions (harmony vocals) and Jordan Breeding (electric guitar) for sittin' in on "overload."

Hey Paul, Thanks for the Add and Wish you Continued Success Sir !!!

Anatoly Abramov is now a member of Nashville Universe®
7 hours ago
Welcome Them!