LET'S EVERYBODY INVITE ONE FRIEND TO JOIN NASHVILLE UNIVERSE.

I'm learning more and more about writing.  It is fun, yet a big challenge for me.  A special thanks to NU for putting out the challenge and to Joseph Page for helping me get started.  I had the opportunity last week to talk to a gifted writer who shared with me some things that helped him.  I am looking forward to taking a class very soon.  Funny thing is as a Pastor for many years, writing is easy for me, but not when it comes to making the words match with a rhythm and meter.  I will be…

Hey yall! My name is Katlyn Lowe and I am a singer/songwriter in Nashville, TN! I have been writing and working hard to get new music released. I am about to release my next single but I need your help to get my full cd made. I am really excited about this project and I am working with some amazing songwriters to get music that means a lot to me and fits the direction that I am going as an artist. I am so blessed to have so much support and I love my family, friends and fans so much! I am…

LOOK WHAT CAME IN THE MAIL TODAY..:) 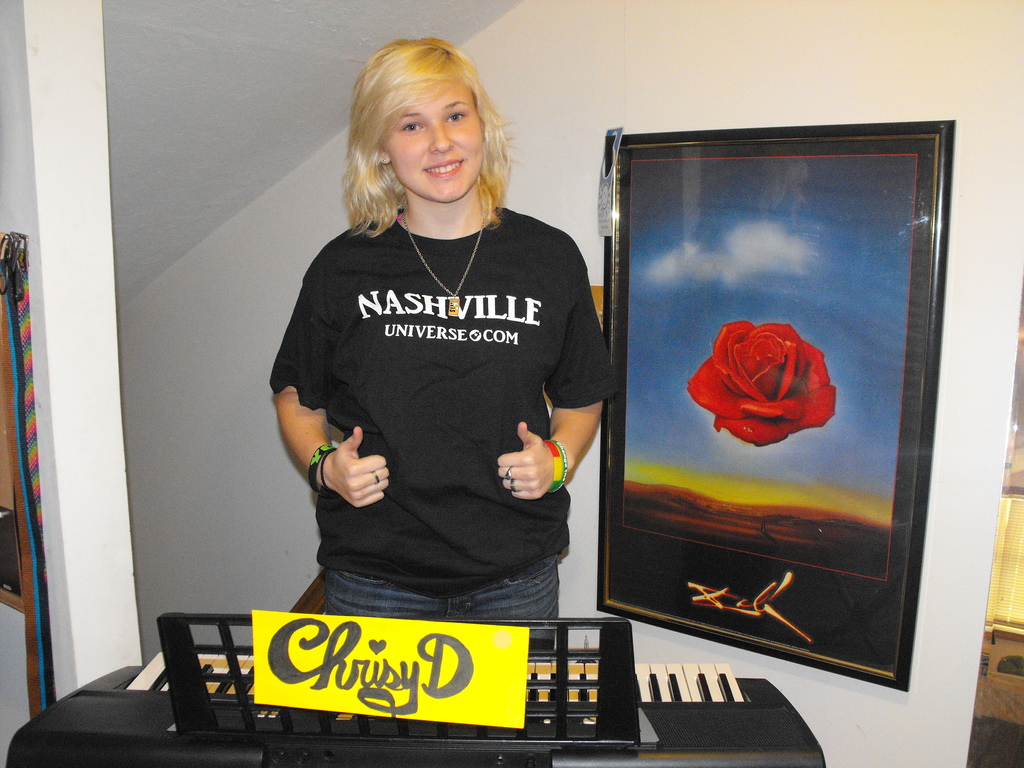 LOOK WHAT CAME IN THE MAIL TODAY!! Thank you Nashville Universe <3..I have made the nominations for Best Female Vocalist of the Year & I am still hanging on the "Leaderboards" @ http://thenashvilleuniverse.com/leaderboards  Don't forget to…

Well... I've played this venue before here in Indiana, the last time, they rocked the promotion and so did I.  We had a full house.  Tonight, I showed up, I've been promoting the show on my FB page and webpage, but when I pulled in no cars, no fliers, nothing to show there was a show tonight.  I went in and checked in with the manager, the owner wasn't in. The manager said, "Oh ya, I wasn't sure if you were really booked tonight or not.  I talked with ____ the owner and he thought he booked…

What inspires you to write? Is it real life ventures or just daydreams. I've written a few good songs but I don't claim to be a writer by any means. My writing came from an event in my life. God Bless you all for writing beautiful songs that touch all our hearts.

Nomination for songwriter of the year

Hello everyone, I'm reaching out on Nashville Universe to try to win something that I have never won before. I am looking for votes for songwriter of the year. Please review my songs and if you think I am a contestant to win it, I would gladly appreciate your vote.

It's official:15yr.old Christina Dant aka ChrisyD has accepted a weekly 2hr show as DJ on THNK Radio (Texas)Thinkerton online gaming community has millions of subscribers! They have expanded into THNK Radio,THNK TV ect.THNK offered ChrisyD a show every FRIDAY NIGHT,which is planned to debut Oct 25th 9p-11p Central.@ http://ning.it/1fuZHGC  Artists:Great time to get on rotation consideration @Thnkradio.com or contact Chrisy @…

I just agreed to drive to Indiana to do a free concert. Short notice, no pay, it will cost me a hotel and gas, so why did I do it? In short, it is great exposure and in front of the right audience for me. I will also have a merchandise table and someone to run it for me. Will it end up paying for itself? I hope so, but if not now, I do believe it will over time. I'm in this for the long haul and I feel like a sacrifice now, will add up to greater rewards down the road. If I do a great show for… Continue

I am new to the music business. I have been singing my entire life but performing for the love of music and then trying to make a living at it are two very different things. I am also learning about writers and how difficult it is for them as well. We live in a fantastically connected world. Youtube, Facebook, Soundcloud, Reverbnation and the list goes on. One of my songs off my first album I did a simple little YopTube video for has received somewhere near 300,000 hits. One of the two writers… Continue

KEEPER OF THE STARS

Tracy Bird recorded this song. One of the most well written songs I ever heard.

A question that comes up a lot in interviews that I do.  "What advise do you have for someone trying to make music their career?"

I'm asked that enough, which by the way, I kinda think is funny because I'm just trying to figure this business out myself, that I thought I'd write a little blog on it. See if there is anything you might add.

First thing I think that is very important.  Hone your craft.  If you are a guitarist, then practice playing your guitar.…

This is an old Hank locklin song. Hank lived just down the road from me before he passed away. I sang this in rememberance of him. Forgive my western shirt, it was late one evening when I did this song.

Tom T. Hall is known as the story teller, and this is proof he is the best. M

Tom T. Hall is known as the story teller, and this is proof he is the best. My Idol.

TO ALL MY FRIENDS. This is a friend of mine who a very talented artist, songwriter, producer, and CEO of WOW Productions. He needs a boost right now and if you can and would buy this CD collection, I would appreciate it.…

Plays Independent local artist in rotation and much more!  Check it out!

Just like you, I’ve seen the pictures, read the opinions, blogs and what seems to be a never ending media blitz on Miley Cyrus and what she is and isn’t doing.  Up to now, I’ve been sickened, amused and like many dumbstruck at her recent behavior.

I am a dad, Pastor and a musician.  So here are a few thoughts of mine on the subject, like them or not, agree or not they are my thoughts.

As a dad, I have four wonderful children.  My oldest…

ChrisyD is our first Female Featured Artist here at Vegas Entertainment Radio and we are really excited to have her here. Her music will be played in standard rotation during the Vegas After Dark Show between 9:00 pm to 3:00 am.…

Gandharv updated their profile
1 hour ago