I am no longer with CMG Records, and haven't been for quite some time. I have created my own entertainment/artist management business. It is a work in progress. I am learning as I go. Any and all input is welcomed. Please visit and like my business page on Facebook at

Thank you in advance!!

Hope everyone including my friends in Michigan are staying Cool !  Hot up here in the north but not complaining cause the cold will be here soon enough. My name is Billy James Brady and I am a,Guitar Slinging ,Singing , Songwriter from the North . I herd of  Nashville Universe from my "Rocking Buddies"  Kevin B. Klein and his wonderful wife Nicole. I've posted a few of my tunes I have written and preformed in the past in my profile. Check them out if you will and I…

Hello Nashville Universe Awards,  Fans and Friends, Those of you who have not been following the career of Doc Holiday, Here's a bit of Information on what has happened this past year.
Doc Holiday as a record producer (Nashville Universe Winner for Record Producer Producer Of The year 2 years in a row) has produced 12 top 10 records in the STS radio reporting New Music Weekly charts including singles that landed in the #1, #2 and #3 SPOTS in the charts. With Artists like…
Continue

Summertime Hold On Me

I've been hard at work in the studio recorded a few songs last month, Summertime Hold On Me was released  Aug 5th

it is a feel good song and I love all the great comments and videos that fans have sent of themselves dancing to the song. I have been told it does cause uncontrollable smiling…

Congratulations to DOC HOLIDAY FOR THE LIFETIME ACHIEVEMENT AWARD

The Whiskey and Cigarettes Country Radio Awards are in... Congratulations to DOC HOLIDAY FOR THE LIFETIME ACHIEVEMENT AWARD and WILLI DAKOTA FOR BEST VIDEO "LOVE, LOVE, LOVE"
Produced By Doc Holiday and written and performed By…
Continue

I see a lot of information given today as to what needs to be done in one’s life to become an entertainer. If you think about the word entertainer, it really has nothing to do with voice, musicianship and above all, the music business.
It has to do with knowing yourself well enough to be REAL on stage and have enough of life stuffed in your hip pocket to bring yourself down to the level of the audience.…

This is a great site! I've been listening to a lot of great music and have even made a few friends, still working on

I collab with writers all over the world, but i make sure i get my songs recorded in Nashville!! 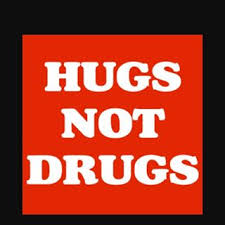 When I was young and on the road playing music, I did my share of partying and recreational drugs. After a while, I… You Are Now a STAR * 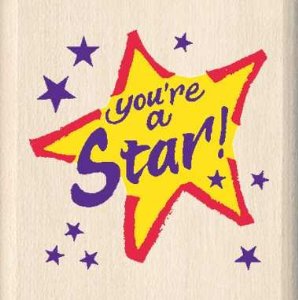 When I first started out in the music business, I believed that someone was going to walk through a door where I was performing and make me a star *. As I grew older, I started to face the reality that a minute percentage of the musicians and artists who have that dream, actually accomplish their…

My band CORE is about to start recording our official album, we are excited to get started and see what reactions we get. We are hoping everyone will enjoy the album and start gaining some momentum. May we go to FL to shoot a scene in a major motion picture and also one of the songs off the new record will be for the movie!

THE LONG AWAITED BOOK, The Doc Holiday Story, (NIGHTMARES OF THE DREAM)

As promised Here It Is the rough Draft of the Introduction of "NIGHTMARES OF THE DREAM" (The Doc Holiday Story) Just click the link and it will take you there: http://www.1docholiday.com/docholidaybook.html

Music…. Knowledge and Education Sunday, January 24, 2016 Nashville Side Streets   The title of this story has to do with a part of the music business that has been duping people into believing th…

Common Man…. Monday, November 30, 2015 Nashville Side Streets     ​ It's funny that this country and other countries as well, seem to settle for less than the best when it comes to our so called l…

Hey everybody Merlin here.. First off I want to say sorry just now getting to you all.. Been very busy.. I have combined 3 Artist with one band.. Merlin Durham, Philly Dee and Kimberly Dawn... I am looking for some awesome Gigs for us to show case, Our talent, songwriting, and performance to help make us very successful in the music industry.. Believe it or not this really has not been done before 3 Artist 1 Band.. It would be a opportunity to everyone to help promote and guide us in the…

Hi Folks, You know I've been kicking around this old Globe for 64 years now and over those years I've done some good things, some not so good things, and even some things I don't care to remember.I can honestly say though that only in

the last few years have I found how to appreciate the things I have, and what to cherish. Its taken me a long time to get…

baaljeetbaalvir updated their profile
20 hours ago

Harbirsingh updated their profile
22 hours ago

Paravasu updated their profile
23 hours ago