What can I say, what a great event.  I was so honored to be invited to this event by my endorser Electro-Voice.  There was so much to do and so little time.  We started out with hanging out with EV and attending their party. We then checked out all of the merchandise.  We tried out some of the guitars and performed at a few of the booths at the show.  We were invited to some killer parties and saw some great performances.  We got to hang out with tons of rock stars.  They had a lot of…

Melodies which aren't exceptionally well known, as not famous, but very useful to buy custom essays in canada. 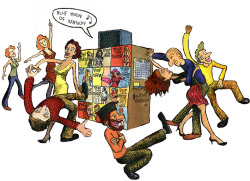 1. Dolly Parton – When Possession Gets Too Strong. (Some of them are really acclaimed among the aficionados…

The key to becoming a great musician isn't through an average everyday guitar lesson, but through mentoring your self and playing with feeling. When I play Drums it represents what kind of person I am. Guitar represents my feelings, steel guitar and dobro hold my slow,sad blues. Harmonica holds my loneliness. Mandolin and banjo shows my crazy sometimes randomness. Bass shows my laid back view of music. Slide guitar shows me as free. It's all about feelings.Feelings are key

How to Play Guitar Better

1. Play With Other People

It's self-evident. No two individuals play guitar the same, and for all the woodshedding you do all alone, you'll take in more by playing with others. They may have better approaches for voicing harmonies, an one of a kind cadence style, or essentially turn you on to new impacts. Playing double lead guitar, sharpening your musicality while another person plays lead (or the other way around) or swapping licks. A guitarist's closest companion…

I just performed at the Legendary House of Guitars (HOG) on Black Friday and I have to say it was one of the coolest venues I have every performed at.  The building was built in the 1800's and was a former Irondequoit Grange Hall building .  "Billed as the "Largest Guitar Store in the World," it has a prodigious collection of new, used and vintage guitars,amplifiers and other musical instruments, a large collection of…

My song, Ain't gona walk that straightline, is being promoted by Diamondback records. It has been playing in New Zealand, Australia, Germany, and hopefully some American stations will see fit to play this Indy girls song!  This is a country song that I wrote just for fun, however, my real love is writing songs for God.  Newest ones are God will send an angel and I dreamed I walked along with Jesus (a co-write with Sherry Hammer).  This was the second one we have written together. She sends…

I have posted my CD Kevin Patt Livin in a Daydream on cdbaly.com/kevinpatt and iTunes and amazonmp3.com

just listen to the songs

and I don't care if you do or don't

KBK's Monthly Column in UP Magazine

I am super excited to announce that I will be writing a monthly column for UP Magazine.  This is a Michigan Magazine, my home state, but is circulated in many states and overseas.  They would like to showcase my musical journey's and my backstories behind my songs. I will also be discussing songwriting and many other things.   I am really honored to have been chosen to write these pieces.  I have met so many incredible people and have seen so many amazing places in my adventures.  I am…

Doc Holiday,,,#2 for 3 weeks in a row on the STS Radio Report Charts in the USA & Canada

This has been a very busy fall for me.  It has been very exciting so far.  I was in Nashville twice in September.  I performed for the National Guard and performed on Balcony TV on the Balcony of the Hard Rock Cafe in Nashville.  That was amazing and we stayed to watch everyone's performance that day.  We also have 3 local shows in Michigan.  We are heading out to St. Louis Missouri in November and performing at the Legendary House of Guitars in Rochester, NY.  We have plans to perform…

I had the extreme honor of performing for our National Guard for their National Conference in Nashville last weekend.  There were over 8000 of our National Guard in attendance.  This was such an honor for me to give back to our service men and women.  It was held at the Gaylord Opryland Hotel and Convention Center. I played in the Maryland Room.  I am also headlining the 2016 National Conference in Baltimore Maryland on 9/11 next year.  I also performed at Antique Archeology for Heart Songs… Hello Nashville Universe - WKLT is Northern Michigan's best Rock Station ! I had recently been a guest on WKLT's Garage with Terri Ray and the show was a success . It's up to you now to do your part as a fan and to get the KBK music in a daily rotation at this killer station and or at your favorite radio station . Please help me to get to where I need to be as an artist and that would be , to be heard by the masses . It just takes your random…

Very excited to announce my first EP! So thankful for the support of my friends and fans!

Please visit     www.donnajomusic.com  for further information on shows and to download

my new music! Thanks again!