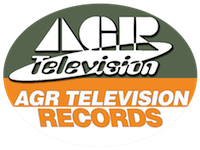 Famous for their electrifying live performances and following three successful visits to Europe in the past two years, Rock’n Country band Flynnville Train have signed a licensing deal through AMP Entertainment in the USA, with AGR Television Records in Germany, to be distributed in multiple territories. Their album, “Back On Track” will be released on September 16th in time for their fourth European appearance at the most prestigious event in Europe, Country Night Gstaad in Switzerland, September 20th and 21st, 2013.

Flynnville Train was the highlight of the Craponne Festival, France in 2011, which was their first appearance in Europe. Nobody knew who this band was, but by the end of their show, the audience was going absolutely wild. The Mragowo Festival in Poland, 2012 brought the same result and at the French Riviera Festival in France, August 2013, the band were again a sensation. Instead of playing for 1 hour and 30 minutes, they performed for two hours, due to the many encores. There was a long line for autographs, but the band signed every one of them and then took photos with fans for another three hours! European audiences love them, not only for their original songs, but known rock and pop covers that make their audiences go crazy and still asking for more!

Flynnville Train was formed by brothers Brian and Brent Flynn and comprises Brian Flynn on lead vocals, Brent Flynn on lead guitar and harmony vocals, Tommy Bales on drums and Joseph Shreve on bass guitar. “As much as we love playing at home, the audiences in Europe understand and appreciate our music more than anywhere. For us, Europe is our home away from home, so we are very excited about this new label deal with AGR Television Records. We know that it will lead to many other exciting opportunities.”

"A cancerous tumor is always terrible. Especially if this diagnosis is in a woman. I myself take…"
3 hours ago

John Smith commented on James A. Rose's blog post Is Your Payment and Agreement Process Losing You Money?
"There are many things which are the reasons why I lose money. The first one is huge taxes. They are…"
11 hours ago