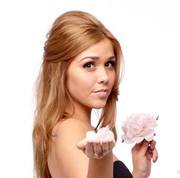 Join us this week as we welcome pop music singer songwriter, Bean. Dallas-born, Nashville-raised, and Los Angeles-based, Noelle Bean began going by the surname “Bean” after her high school music teacher chose to address the budding musician by the one word alone. Now, you’re going to remember Bean after only one listen. When asked to describe her music:“It’s pop with a twist,” she smiles. “My influences and inspirations span everything from Motown to sixties and seventies classics like The Beatles, The Bee Gees, The Temptations, and The Jackson Five. I’m traveling down my own lane though.” In 2012, she was handpicked as 1 of 25 artists in the Macy’s and iHeartRadio “Rising Star” campaign, while both Pandora and iTunes created a “Bean Radio” channel. Her music appeared everywhere from OK TV to spots for Mitsubishi and Coca Cola’s Fantasy Soccer Camp. Meanwhile, she became a live draw opening for the likes of Colbie Caillat, Megan & Liz, Hot Chelle Rae, and Austin Mahone as well as giving a show-stopping set at Bonnaroo 2013. Everything has merely led up to the release of her two 2014 digital mini-albums — her new EP "Rollercoaster" which is available now, and one in the fall culminating in a physical special edition with extra tracks for the holidays. We will talk to Bean about her upcoming schedule, get a behind the scenes look at her music, feature her latest songs, and ask her to share her message for the troops. Please be sure to visit Bean at http://beanmusic.com/ and spread the word. Fans are welcome to call in and speak live with with Bean during the show (718) 766-4193  If you would like to participate in the live chat during the show, you must sign up on the show site first and then log in during the show. And as always we will give shout outs to our deployed military listeners. Be sure to join us, Sunday 9/14/2014 at 4 PM EDT! Our message to the troops....WE do what we do, because YOU do what you do.