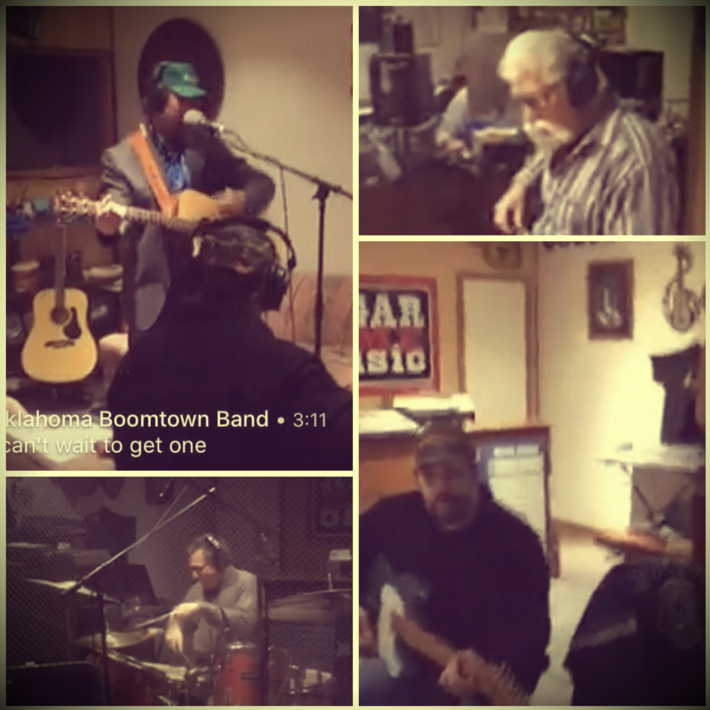 Tell us about yourself:
I am a Professional /songwriter under MERF MUSIC GROUP Nashville Tennessee
They place my songs in the hands of major recording artist


Powers brothers Record label beau.powercountry@gmail.com
Been under since 2019

(July 11th, 1967) is an American country and western musician, songwriter and vocalist from Sand Springs, Oklahoma. Tribble best known for his electric lead   guitar  playing skills is also a highly proficient acoustic guitar and piano player. Tribble first meet his manager Joe Hupp of “Joe Hupp Enterprise” in 1997, With Joe experience in the music industry Joe started to mentor Bryan on improving his music and song writing skills. Bryan established an indie label called Dark Skies Records and assisted new talent in the music industry. Taylor Swift called Dark Skies Records spoke with Bryan, and as Bryan listen to her demo. Bryan assisted Taylor by directing her to contact Brian Wright at MCA Records and the rest is history. Tribble has helped others to enter into the music industry but the talent that Taylor Swift displayed that day will always be Bryan motivation towards helping others. Bryan has produced many people as well as managed a few .

Tribble was born Bryan Edward Tribble at Saint John Hospital in Tulsa, Oklahoma. He was the first child of Glen Tribble and Sharon Tribble. When Bryan was still very young, his father played with country band “the Midnighter’s” on the John Chick show in the 70’s. Bryan was 12 when he pick up his father 1940 D 28 Martin guitar and was hook on the beautiful sound of music ever since. Tribble grew up in Sand Springs, Oklahoma and sang often at church. He dreamed of being in a band and got his wishes when, at 10, his younger brother Keith a drummer and guitarist  and Bryan started the southern country band “Stagecoach”. The Tribble brothers were very talented and Keith  also took up drums during this time. Bryan attended Charles Page High School when he wrote his first song “Going Crazy on the Bottle”. 1987  and has wrote  around 300 songs in his volume . now days

In 2002, Bryan Tribble songwriting skills lead him to sign agreements with Sugar land, Shar Baby, and others for his songs. He is a member of NSAI (The Nashville Songwriters Association International) all his songs are license under BMI. Bryan talent begins when his father and mother started a songwriters club the Country Songwriters of Oklahoma.  ( C-S-O)

Bryan played Kids Fest 1998 were A very young 13 year old CARIE UNDERWOOD  would open up for him now she is a very powerfully great singer we all know now  . Bryan  played many fundraiser events for the Fire Fighters, Police, and Bass Tournaments. For a short time Bryan hosted a contest call ‘’CAN YOU SING’’, a venue where new up and coming songwriters and singers can compete. Bryan has participated in music competitions like the CHARLEY DANELS ROUND UP, JIMMY DEAN, YAMAHA, Jim beam, and many others. Tribble current concert will be televised on June 19th2012 in Yukon, Oklahoma TV52. To learn more of the events go to www.ksbitv.com/oklahoma-live. Tribble music is often listen to on any Clear Channel radio station country format. To learn more and listen to Bryan go to www.thetwister.com/news2/artist/i222702.html. This is one of many stations playing Bryan music. And co-hosted a open MIC at Freddy’s steak house in Mannford Oklahoma  .

Bryan Tribble has four children, Elizabeth, Lane, Jay, and Olivia. In 1994, he married his soul mate Shondra Tribble. Growing up in Oklahoma Bryan has a true and rare country voice as distinctive as Merle Haggard or Hank Williams Sr. Waylon Jennings . Bryan learned over the last few years by his mom that she attends the NANCY WORD ceremony famous Cherokee woman who’s was beloved to all Bryan is a 8 time great grand son he learned THE FAMOUS country singer songwriter BECKY HOBBS is kin to him shows why he hold the talent he has …..

PEOPLE BRYAN HAS MADE GOOD FRIENDS WITH :

( DARLE MCGUIRE = PASSED WAY !!!!  SO VERY SAD HE WILL BE MISSED  } DARIN VENCENT / BROTHER OF RONDA VENCENT / TOM SKINNARD / MIKE MCCLURE / RON ECKERMAN / BOB DEAN / TONY AND ROBERT BEALSEY  / KELLY SPRADLYN  / Anthony  JUNDLE =one of the  Managers FOR = SONS OF PULMER / AND SO MANY OTHERS

hello and also I will be playing same place in sep:

hello everyone come watch me make a fool of my self

Thankyou for the friendship. I hope you like my music!

Thank you for the add:) I hope you take a second and check out my artists:)

Thanks for the add Bryan! Have a great day!:)

Hello Bryan -- thanks for friend add---you got a great voice my friend!!

Michael Kay said…
Bryan, love the Taylor Swift and Carrie Underwood connections! Ronda Vincent (whom we love) parked her tour bus in front of our building on MR during CMAfest. Yes we complained! : )

Melissa Coffey said…
Hi How are you?

Thank you, I've been a member and think it's a great Org.

Things to do in Minecraft when you're bored

"Minecraft has always been my go-to game, a place to be creative and to have fun with friends. We…"
4 hours ago

"I know how to help you, because I recently found a great site.. I started playing tower.bet online…"
19 hours ago