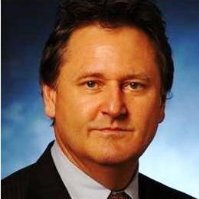 Tell us about yourself:
Former CEO of Country Music Television. Founder and Chairman of American Music Channel.

Mr. Willis has 35 years of experience in the media and entertainment industries, as a CEO, attorney, and visionary entrepreneur specializing in start-ups and turnarounds. He served as the CEO of Country Music Television during the golden age of Country music in the mid-90’s.

Mr. Willis was a pioneer in cable television as General Counsel and a member of the team that launched The Nashville Network as the fifth cable television network in existence in the early 80’s. He was in charge of the acquisition of Country Music Television, and as CEO of CMT he achieved record ratings and profits. TNN also became a dominant player in music and motorsports, wresting NASCAR Winston Cup racing from ESPN through extensive litigation orchestrated by Mr. Willis, and took the sport to new heights. Mr. Willis also oversaw the launch of CMT in Europe and Asia, dealing directly with ambassadors and prime ministers and negotiating with decision makers at entities such as Rupert Murdoch’s News Corporation /BSkyB and Deutsch Telekom.

He subsequently served as Executive Vice President of mPhase Technologies, which in conjunction with the Georgia Tech Research Institute was the early leader in the delivery of video content over DSL, writing the business plan for what became "U-Verse" a decade later, developing the first system to take digital cable television over copper telephone wires. During his tenure with mPhase, the company’s publicly traded stock rose from less than $1 to more than $20 in a period of less than three years. He then launched his own business, American Music Channel, the first Web site to play music videos online and currently one of the most robust music sites on the Internet, recently named by Business Tennessee magazine as one of the “HOT 100” emerging companies in the state, and named to the Nashville Post “Fast 50.”

Michael Kay said…
Can we meet for coffee?

"In order to make a winning bet, you need to regularly monitor the teams' scores. Do not you…"
yesterday

"I wonder what is the ink consumption of such printers that print canvases. I'm interested in…"
yesterday

"I really like your pair. You look very happy. I began to think long ago that your generation is…"
Friday