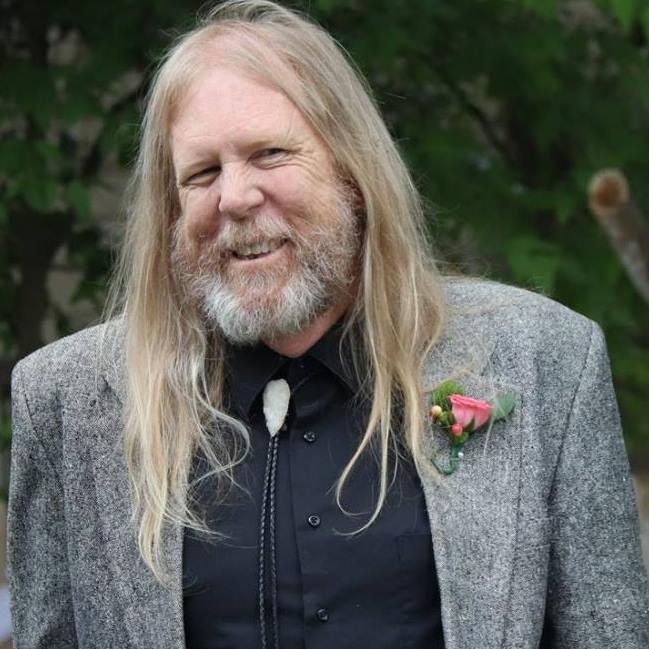 MilkyF commented on Kurt Fortmeyer's blog post Dreams
"I often had prophetic dreams, especially when there was trouble. I've always dreamed about it. I didn't understand why this was happening. Then my friend advised me to turn to a fortune teller. And she advised only kasamba said that there…"
Feb 10

"Many people experience troubles not only at work, but also with job search. In the second case, I can give you some useful advice. Try to contact this resume writing consultant https://resumewritinglab.com/resume-consultation.html and this will be…"
Jul 7, 2021

Tell us about yourself:
Americana/Country Singer/Songwriter
I was born in a barn and raised in a stable environment.

Fans of Guy Clark, Jerry Jeff Walker, Kris Kristofferson, and David Allan Coe should enjoy "One More Night In Nashville", the latest release from this North Carolina native currently residing in the hills northwest of Nashville.
From the twin fiddle kickoff of the opening track "(I Got My Heart) Broke In" to the last lonesome harmonica bend of the closer "I've Been There", Kurt takes the listener on a colorful and emotional meander through an eleven song set of what can be loosely categorized as (not today's) country music...four solo writes and seven co-writes with Nashville newcomers and old-timers, including hit writers Rich Fagan and Dave Gibson, and the Grammy-nominated Jeff Batson.
For fans of hardcore honkytonk music, Kurt sets up the bar with his tribute to the Georges "Dickel, Strait & Jones" and the sly "(A Man Can't Live On) Beer Alone". If busted relationships are your thing, the ragtime/New Orleans/blue yodel "Better Hearts Than Yours" takes a light-hearted poke at an ex. "A Thing Of The Past" will make you yearn for a love gone by, while the bluegrass song done Kentucky Headhunters-style "You Done Done It Now" offers up a darker solution. The Bob Seger-meets-Pete Seeger-on-Jimmy Buffett's-houseboat vibe of the economic protest "Not In My Backyard", the sad sentimental song about Grandpa "Inside That Box" and the mad not-so-sentimental one about Dad "(All You Taught Me How To Do Was) Drink", and the struggling songwriter's lament of the title track round out the CD.

"Tap your toes, hum along, get a little lift, and learn something in the process. That’s country music the way it’s supposed to be done...carried on an easy and pleasing melody delivered by a voice so pleasant it can take some effort to pay attention to the lyrics rather than just drift away."

"When I hear songwriters like Kurt Fortmeyer, it makes me wonder if the Music City record executives ever leave their offices. How can so many great wordsmiths, like Fortmeyer, be overlooked, while mediocre songs are shoved down our throats. If you are tired of the steady diet of bland gruel that is being served up from the Nashville music cafeteria, do yourself a favor and get Kurt Fortmeyer's 'One More Night In Nashville' today."

“Kurt Fortmeyer is clearly committed to the roots of his raisin'. Fresh, fun, creative songwriting with music that is firmly rooted in Traditional Country. A nice voice that is easily recognizable, smooth and easy on your ears. A must play for any DJ on the cutting edge of Traditional Country and Ameripolitan Music.Your listeners will soon be Fortmeyer fans!”

"Gathered in the upstairs living room were members of another class. Kurt Fortmeyer, a six-year Third Sunday vet, had the room entranced with a Dave Gibson co-write titled “The Box.” On one past Sunday afternoon, the red-bearded Fortmeyer hit a lick of good fortune when he played a tune in the presence of guitar guru Dave Isaacs, who recorded the song on his next CD."

“Yet it was the night’s bookends that perhaps best characterized the spirit of the gathering, a pair of hard-working but lesser-known singer-songwriters named Anthony Neff and Kurt Fortmeyer. Neff, the organizer and emcee of the event, did a nice job with “Nothin’” and “Buckskin Stallion Blues” after speaking eloquently about the legacy of Van Zandt’s songs and how they continue to inspire other songwriters to carry on the craft. And Fortmeyer capped the night with a spirited “Two Hands” that had those left in the club clapping and singing along. The inspired had become the inspirer.” I've been thinking lately about how all the research I did when I was younger has helped me write drinking and barroom songs now that I'm sober (32 years!). One of the first songs that comes to my mind is the third song I ever wrote with my friend Bo Thomas Biermann. Bo is one of the better singers I've ever met, and a pretty danged good writer, but he is much…

Billy also had a great love of classic…
Continue

No they are not

I will be uploading the song as soon as I get it made into an mp3. I posted the lyrics but it didn't work so I will keep working on it. I couldn't see the Ghana guest. Maybe that's a good thing since I have billions of dollars waiting in an offshore account just waiting for me to send them $5K to get it out..lol

Thank you so much for the friendship!

no, it's in Gaston County....but I know what you mean!

Hey! I'm glad you found me on here!! Hope all is well with you.

G'day Kurt, good to get to know you mate.  Hope life is being kind.  I'm basically a storyteller and share my stories through ballads, verse and yarns.

Thanks, I enjoy yours as well.

"This post is very useful for you. With the help of this post, you can take some ideas which can be…"
2 hours ago